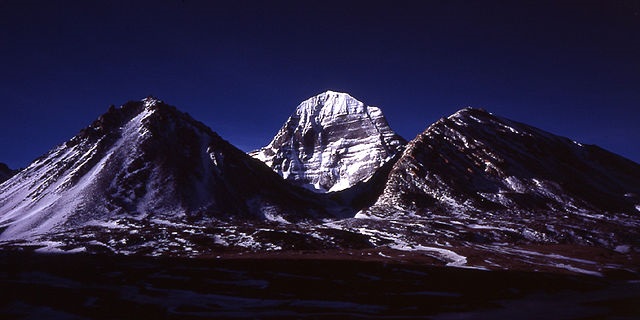 Un-en-cumbered he ascended, the Great One, to-wards the Enthralling Delight,
Warding off, the Night, towar's the Light, He whose Sight,
was set, on the Centre, chanting the Word, OM
the Word of Creation, Existence, All, One, Divergence, Convergence,
towards the Peak, the first of Many, from where He could,
see beyond the Mist, begin to comprehend the Essence.

For the Peak, is one of Many, but then it was One to Him,
as He, the Great One, ascended the steps to the Source,
or thought He it was, the Source, the Cause
the Manifest, the Unmanifest, moved He steadfastly with no Pause. 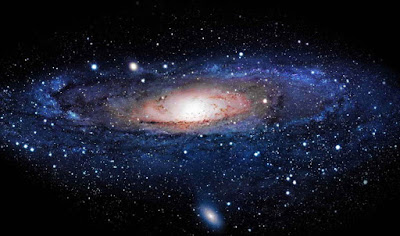 The cycle existed as a wound of coil with no Beginning or End,
What was, that Is, what was never, shall never be,
what is, shall be,The One is Many and the Many is One, yet He who had This never knew,
For on He went in this quest of the quintessential Life Force,
Into the realms of existence, where matter and energy are Two of One.

And in stillness, was His motion, as He under the Tree,
With dedication to His cause, was being One with All, as the Mind of He,
Unfettered, unchained rose, while He sat contemplating without and Within,
And rise did He while others arose, in quest of what can all not see.

Ascent is a poem which explores the Advaita Vedantic notion of absolute non-dualism through the eyes of a mystic yogi (seer) as he soars from the gross towards subtle planes of higher truths.

You may also like:
Dispassionate Motion
From the Kingdom of Heaven to the Land of the Natives
The Chronicles of the King
Invader I am Not
poetry