The Chronicles of the King 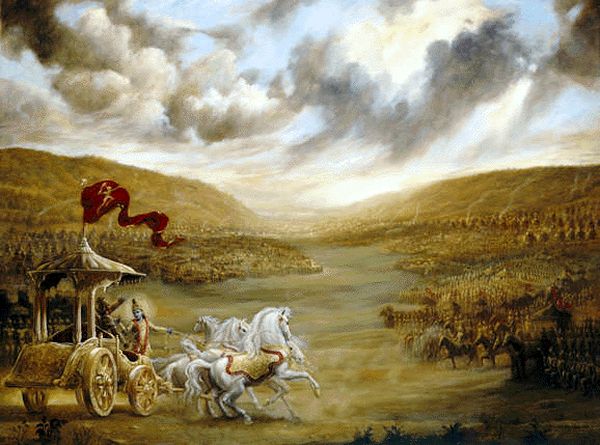 King I am called, but King I am not, though wars have I won, battles have I fought.

The war had been on, for centuries now, Fight till death, that was the vow,
The people of our land, had taken thus, Although a losing war now it was.
King after king had come to the throne, with spirit of lion, and resolve of stone.
The evil was upon us, surrounded we were, from sides all ten, from skies, from under.
Valiant kings and people brave, united in trying the evil to stave.
The carnage, the deaths, the screams, the moans, of injured men, dying beasts and their groans.
Blood and bodies everywhere, the men fought on without care.
Prince I was, by virtue of birth, but to the King, my father, a cause of mirth,
and shame and sorrow and sadness and regret, to my Mother, the Queen, her favorite pet.
Weakling I was, a scrawny fellow, Afraid of the high, afraid of the low.
Afraid of the war, afraid of the claw, Ashamed of myself, ashamed of my flaw.
They all ate meat, while I ate fruits, They all drank wine, while I drank roots.
Weak I was, a poet at heart, and in this war I played no part.

The war was fierce, the day I was born, and thunderous skies and the wind's loud horn.

I recall my teacher, the wise old man, I recall the day, when towards him I ran.
Fight I will not, nor shall I kill, Happen what may, strong is my Will.
Harmed have I never, no being big or small, Nor harmed any man, neither short nor tall.
Wise he was, the man in white, Old he was and a radiant sight.
Calm were his eyes, serene was his face, Tranquil was he, steady was his gaze.
Deep was his voice, neither loud nor low, Composed was his speech, neither fast nor slow.

The largest beast to the smallest ant, The largest tree, to the smallest plant;
These you have seen and so have I, but there is much more than meets the eye.
Smaller than the smallest, creatures abound, in water, in air, in fire and ground.
Invisible they are to you and me, Yet, they live their lives like you and me.
Harm you can not, yet harm you will, Kill you can not, yet slay you will.
You think you don't, but you also slay, Neither right nor wrong, there is but one way.
You breathe when you kill, and kill with your breath, Every moment is a cycle, of life and death.
You kill when you eat, you kill when you walk, You kill when you sleep, you kill when you talk.
Known or unknown, you kill and slay, every moment, every hour, every minute, every day.
Sacrifice is life, and it is no lie, For one to live another must die.
Sacrifice is the Truth, Sacrifice everywhere, Sacrifice is within, and here and there.
Nothing is born, yet nothing dies, Not the birds, but Thought that flies.
Foolish is the one, who cries and weeps, who wails in sorrow, in misery leaps.
Even now if you think that killed you have never, deluded you are and shall be forever.
Radiance is the Truth, and a point so bright, some call it That, some call it Light.
There was only One, there is only One, and forever there shall, be only One.
All is One, and One is All, yet All is nothing, and nothing is All.
From the point of light, this Cosmos came, To the point will it go and the rest is same.
The point is the One where All this is, yet neither mine, nor your nor his.
For never shall it be, nor never not be, yet here It is, as we all can see.
The bond that ties you to me, or ties the sun and moon, same are they to birds and tree, as between night and noon.
The Bond is the Truth, and the Truth is the Point, Know it as One, without scale or joint.
Unchanging though It is, yet changes It All, Unmoving though It is, yet moves It All.
Unknown though It is, yet knows It All, Known It is not, but we think we know All.
Unborn though It is, yet through it we are born, Formless though It is, yet It gives us form.
Eternal though It is, yet Mortal we are, Undying though It is, yet death is not far.
You are That, so am I, so are these men who fight, If that be so, then understand you must, there is no wrong or right.
If that be so, then how can you kill, manifestations as they are, of the Supreme Will?
Duty you must do, with head held high. Duty is above all; you, them or I.
King you are, and like a king you shall be, on land, on air, on mountains, on sea.


Hope you liked it.
You may also like:
Infinite Road - Sanskrit Poem
From the Kingdom of Heaven to the Land of the Natives
Invader I am Not
Ascent
Where are the Trees?