It's cool - as long as it's not Hindu 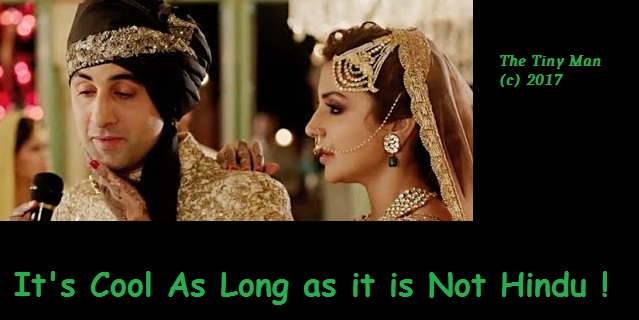 And thus we have Bollywood Hindi, which is essentially Indian Urdu more Persianized/ Arabicized than Pakistani Urdu. We have townships and F1 track named after Gautum Buddha. We have a revival scheme of Nalanda University.

It's cool. As long as it's not Hindu.

Gautum Buddha has suddenly become cool in the last 20 years as apparently the ancestors of all Dalits in India were Buddhists in earlier days before the "tyrant" Brahmins forcibly converted them to Hindus and made them Scheduled Castes. Plus he is cool because he is anti-Hindu and had historically protested against my ancestors the Brahmins and hence he is now the icon of current day Dalit leaders.

Ajmer Sharif is cool but Somnath Temple so very uncool.

In the mean-time, Manipuri Vishnupriya becomes extinct as Christian Missionaries increase their grip in north-east India.