Independence in India and Battle of Plassey

The Battle of Plassey in 1757 was a significant turning point in Hindu India. If the British had not won the battle of Plassey by defeating Nawab Siraj-ud-Daula of Bengal and establishing British Raj, India might well have been on its way to become a Pakistan or Afghanistan by now, and we may not have been celebrating an independence day today on 15th of August.

For the Hindus, the British masters were no less cruel and destructive than the Islamic warlord kings. The difference being that while the British Raj of ~200 years was focused primarily on business and financial exploitation (and lesser on conversion to Christianity), the Islamic warlords like Bakhtiyar Khilji, Babur, Ghazni, Ghori, bin-Tughlak, Tipu Sultan etc were out here to rob Hindustan, convert Hindu infidels by sword to Islam, destroy temples and rule al-Hind over a long period of ~1000 years.

And the Islamic warlords succeeded quite well indeed during their ~1,000 year reign over what was British India. By 1750s, the regions that are now Pakistan, Bangladesh, UP, Bihar and Hyderabad had become Muslim majority areas and other areas were slowly being brought under control.

The advent and establishment of British rule in 1757, established a sort of status quo between the Hindus and Muslims, by bringing Muslim expansion to an abrupt halt. It was under British education system (since the then British Masters needed English-speaking administrators), that accidentally many Hindus finally woke up from their 1,000 years slumber. Ironically, it took the British to teach the Hindus the greatness of their faith once again and the concept of nationalism, and hence we had the 1857 first War of Independence just 100 years after the British officially started controlling India. 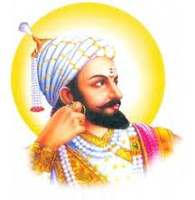 Prior to 1857, mass unification at a national level happened almost 2000 years ago during the reign of Chandragupta Maurya (340  B.C.E). After that there were many valiant kings like scholar-king Bhoja Deva,  Chatrapati Shivaji, Maharana Pratap, the innumerable valiant Rajputs and Sikh leaders, who stoutly defended and made offensives against the Islamic onslaught, but unfortunately nothing transpired in a coordinated manner at a national level. There were also some great spiritual leaders and thinkers like Chaitanya Mahaprabhu, Raghunandan Bhattacharya who propagated and tried to save Hindusim during its darkest days. 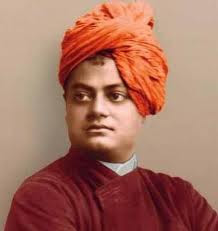 For all the tirade against the British (which is mostly justified), one cannot deny the fact, that had the British not come to India, all this that we value in India today - peace, democracy, tolerance, multiculturalism - none of this would have happened. A palpable example is India's two neighbors Pakistan and Bangladesh, both of which were carved out of India on religious grounds and both became fundamentalist Islamic states, whereas Hindu majority India continues to be a flourishing secular democracy. Weren't it for the British and the later self-realization of Hindus, the subsequent sacrifices of our freedom fighters and the inspirational leadership of Hinduism champions (like Swami Vivekananda, Sri Sri Ramakrishna, Sri Aurobindo Ghosh), India would have become the missing link in a belt of green and white that starts in middle-east and ends in Indonesia.