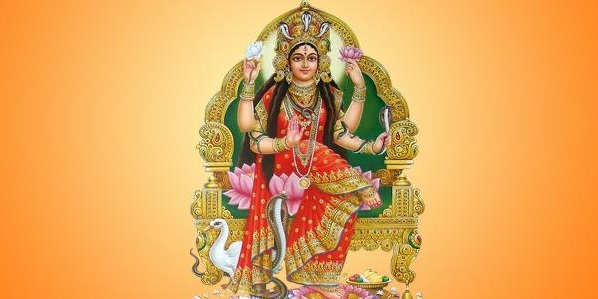 "The Story of Hāsān and Husen
In the south, near the village of Husenhāti, there lived two Mahomedan brothers, named Hāsān and Husen. They were both of notorious character, great bullies and sworn enemies of the Hindus. There was another rogue also, named Dulā Hāldāra, a brother-in-law of Husen, who always preceded the latter whell he went out; Dulā surpassed Husen in his oppressions which were mainly directed to the Hindus who used to flee away if they happened to meet him. Dulā used to arrest the Hindus and take them to his brother-in-law, the Kazi, to be tried for offences sneh as the carrying of a Tulasli leaf on their head (a practice still prevalent amongst the VaiShNavas). 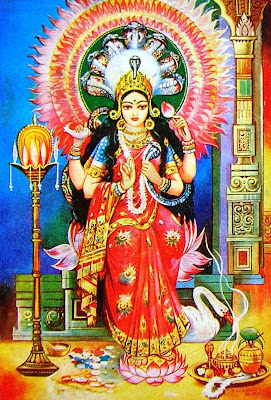 Punishment would now follow as a matter of course. The unfortunate accused used to be assaulted, in accordance with the Kāzi's orders, by Dulā himself. They were led to a spot under the shade of a tree. Blows and slaps fell on them as 'hails in a storm.' Dulā's Pāiks were particularly hostile to the Brahmins and used, in great delight and enthusiasm, to draw them by their neck, tear off their sacred thread and spit into their mouth. Brahmins of a comparatively milder temperament could not use cow-dung for purificatory purposes in their house, any custom savouring of Hinduism being sufficient to invite punisbment."

"When the kāzi learnt that some Hindu milkmen had been engaged in worshiping the goddess Manasa Devi at a certain place, he called out his men to accompany him to the scene. Within a moment a large number of khojas (eunuchs) and Mahomedans came out and followed him, not one remaining in the town. All of them now arrived at the place where the ceremony was being performed.

The Kāzi's presence filled the hearts of the worshipers with terror and they took to their heels and fled in all directions. But some of them were caught hold of by the kāzi's followers and beaten mercilessly. The sacred Jar - an emblem of the deity - was broken to pieces and the requisites of the ceremony were scattered over and trampled under foot. This done the iconoclasts said their prayer at that very place and caused the Hindus specially the Brahmins who came there as mere onlookers to have them circumcised with a view to break their caste. To crown all they desecrated the place by killing cows before they left it."

The Retaliation
Now we describe one of those rare instance when Hindus retaliated. 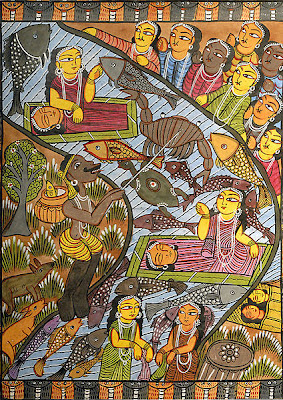 "After having desecrated the place of worship of the goddess Manasa Devi by breaking the sacred jar when the Mahomedans headed by the Kazi were discussing the means of putting the whole village (peopled by the Hindus) to flame, the devotees, all belonging to the Goalā (milkmen) caste, could restrain themselves no longer. They attacked the Mahomedans furiously and the latter found themselves powerless with no other course left open to them than to take to their heels. But many could not escape. Mina Kazi was one of them. He was surrounded by the milkmen and bound hand and foot. He was then beaten and put to abject humiliation. ā goat's skin was tied round his neck and all jeered at the predicament in which he was thus placed. The vindictive measures went further still. They burnt the Koran and other sacred scriptures of the Mahomedans. They tore off his beard and when he was let off he was barely alive. The milkmen then had their bath, worshiped the goddess, after which they left the place."
history