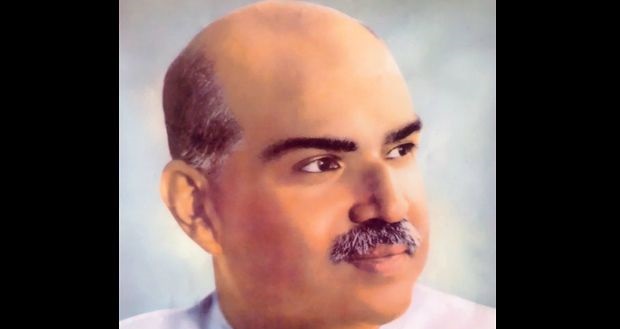 23rd June was the death anniversary of the Great Leader and Statesman, Dr Syama Prasad Mookerjee. He was the founder of the political party Bahartiya Jana Sangh which was the fore-runner of Bharatiya Janata Party.


Bengali Hindus owe their very existence to the tireless effort of this gentleman.

During the time of independence, Dr Syama Prasad Mookerjee correctly assessed the threat of Islamic fundamentalism, especially after  the Noakhali genocide in East Bengal, where mobs belonging to the Muslim community massacred Hindus in large numbers.

He was against Partition of India, but following the communal riots of 1946-47, Mookerjee strongly disfavored Hindus continuing to live in a Muslim-dominated state and under a government controlled by the Islamic fundamentalists and terrorists.

It is because of Dr Syama Prasad Mookerjee's tireless efforts that West Bengal became a part of India and not M Category Bangladesh. Otherwise, Hindu Bengalis as a race would have become as endangered as Hindu Kashmiris, Hindu Sindhis. Hindu Indonesians and Zoroastrian Iranians. Which was Nehru's intent all along anyway.

Let us all, especially Hindu Bengalis, offer our most sincere salutations to this gentleman.

If Swami Vivekananda is the Father of modern Hindu Revivalism, Dr Syama Prasad Mookerjee should be the Father of Hindu Bengali Survivalism !