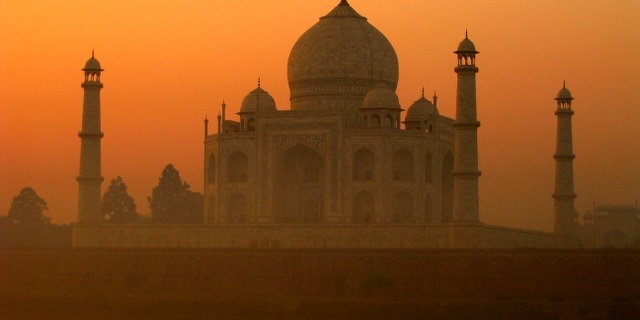 Disturbing facts about Indian sub-continent 1: Hinduism is on a decline

In absolute terms Hindus may appear to be increasing, but in terms of percentage of total population we are losing ground. Possible reasons are higher growth rate among Muslims and conversion to Christianity. 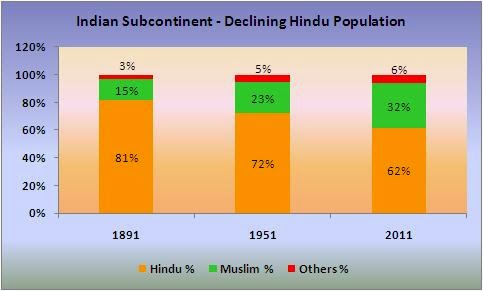 Hindus were 80% of total population in 1890's and today they are around 60%. Please note that this data takes into account population demographics from Islamic Pakistan and Islamic Bangladesh, apart from democratic India. If we consider only India related data, the situation is not that different. 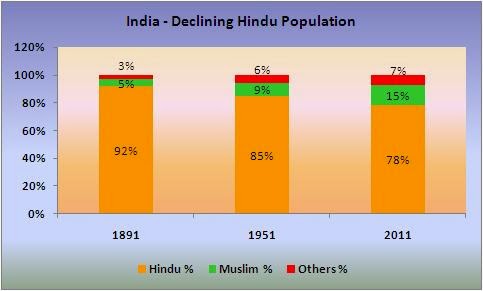 - In 1890, Muslims made up 15% of Indian sub-continent, today they account for 33% or one-third of all people in this region (Islamic Pakistan, Islamic Bangladesh and democratic India)

- In 1890, Muslims accounted for 60% of Pakistani and 50% of Bangladeshi portion of Indian sub-continent. Today, the share has increased to 97% and 90% of population in those Islamic countries.

Disturbing facts about Indian sub-continent 3: There has always existed one more Pakistan (or Bangladesh if you will) within India

This is the most disturbing fact about Indian sub-continent. If we were to add up the Muslim populations of democratic India, Islamic Pakistan and Islamic Bangladesh, and see their distributions across the 3 countries, we would observe that the spread is almost equal. In other words 33% each of Muslims live in these three nations. And this has not changed much in the last 120 years.

In other words, an entire Pakistan (or Bangladesh) exists within India. Now that is disturbing.

That's it. Thank you for reading. Do let me know if know of any more disturbing facts about Indian sub-continent.

Please show your appreciation by sharing and/or leaving a comment.

You may also like:
Eye-popping Timeline of Indian History
Bakhtiyar Khilji's Conquest of Bengal
Book Review: An Archaeological History of India