August 09, 2015
Babur was a conqueror terrorist from Central Asia who founded the Mughal Dynasty in India. Babur is notorious for demolishing the Ram Temple at Ayodhya and building Babri Masjid there.

Babur is rightly to be called the founding father of communal tension in India and he is responsible for all communal riots even today.

Here are some more unbelievable shocking facts about barbarian Babur in his own words from Baburnama or Tuzuk-i-Baburi which has been praised for its eloquence by First Prime Minister of India Jawaharlal Nehru.* 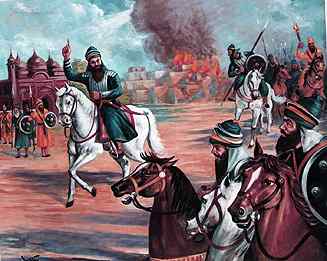 Babur used to massacre innocent people wherever he went. 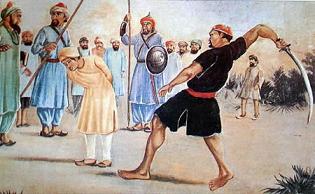 On one occasion, the ground flowed with so much blood and became so full of quivering carcases that his tent had to be moved thrice to a higher level.

Shocking Facts about Babur - Head Stacks
Babur loved to create stack of pagan (Hindu, Afghan, Buddhist, Jain) heads. He loved to sit in his royal tent to watch this spectacle. 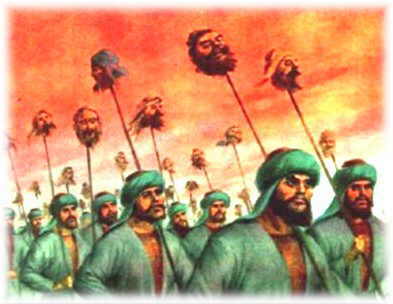 
*Here is what Nehru said: "Babur was one of the most cultured and delightful persons one could meet. There was no sectarianism in him, no religious bigotry, and he did not destroy as his ancestors used to."

You may also like
5 Shocking Facts about Mahmud of Ghazni
A Normal Day in Medieval Europe
IS Organic Green Tea good for Weight Loss?
Country That Drinks the Most
Weird Things that Look like an Eye

That's it. Thank you for reading shocking facts about Babur. Please show your appreciation by sharing and/or leaving a comment.