Lies about Dadri Incident and the return of Sahitya Akademi Awards

In this article I will expose the lies surrounding Dadri Incident and the return of Sahitya Akademi Awards.

At the onset let me be very clear, what happened at Dadri was wrong, I do not support it, I do not support killings and I do not eat beef, and bear no ill-will to anybody who eats differently as long as the Rule of the Land and sentiments of the majority are respected.

My starting point for this article is Desh Kapoor's wonderful piece "Return of Sahitya Akademi and Incestuous Networks of Indian Intellectuals" where he talks about the nexus that exists among dishonest "intellectuals" and how they use the government to further their selfish desire for money, fame and self-aggrandizement and how this affects the national discourse and self-image of Indians. If you have not read the article yet, please do so.

I have picked one specific point from that and would like to take it to its logical end. I want to highlight the anti-national leanings and actions of these so-called "intellectuals", and how it is harming the self-interest of our Great Nation India. To do that we must get the background very clear.

Background of Cattle-Theft in and around Dadri
Dadri has been reeling under cattle theft and cow slaughter incidents for quite some time. Here are some articles in Hindi and English from Jagran.com as shared by TheNationalistView on Facebook  and other sources like Indian Express. 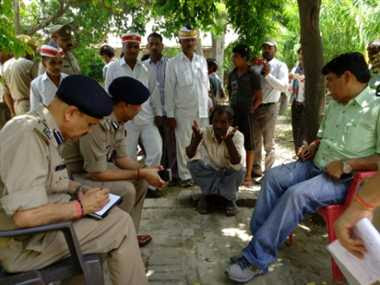 Later all references to cattle-theft were deleted from all social networking sites by the Uttar Pradesh Government.

Dadri Incident
In this backdrop the Dadri indent occurred.

As per TheNationalistView "people killed a suspected cattle thief after they found meat lying near his house."

The below extract is from Wikipedia as retrieved on 16-Oct-2015, 12:47 PM.
2015 Dadri mob lynching refers to case of mob lynching in which a mob of people attacked a Muslim family on the night of 28 September 2015 in Bisara village near Dadri, Uttar Pradesh, India. The attackers killed 52-year-old Mohammad Akhlaq Saifi (Ikhlaq according to some sources) and seriously injured his son, 22-year-old Danish. 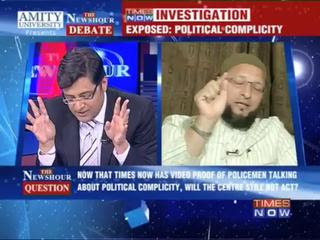 If the victim had been a Hindu or if Indian media were not so dishonest, "Irate Mob lynches suspected cattle-thief in Dadri" would have been the news headline, which in itself is shocking and heinous.

Instead Indian media reported the incident as below. 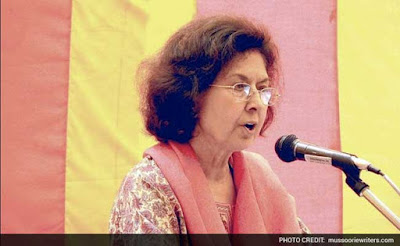 Immediately after Dadri, the winners of the Sahitya Akademi Awards started returning their awards as a "protest" against plight of minorities in India. When you read Desh Kapoor's article it will become clear the level to which moral depravity has spread among the so-called "intellectuals" and the level they will stoop to in their greed for money, fame and power.

Union Finance Minister Arun Jaitley has rightly described it as a "manufactured paper rebellion" against the government "in the wake of a manufactured crisis".

The good thing is that no one cares about about these self-proclaimed and self-anointed protector of Indian morality and self-declared defender of freedom to eat beef, the "academics" - the leftist pro-Islamist morally-bereft scumbags.

Their ilk even organized a beef eating party where a guy was beaten up for not eating beef.

Another good thing is that within India, except for some English speaking people in 5 or 6 metro cities who watch presstitude channels like NDTV, Times Now etc, (less than 1% of Indian population), no one cares about the Akademi Award.

The bad side is that these ideological descendants of Macaulay parrot all type of anti-India and anti-Hindu tripe and just wait for such events, and help shape the international discourse. Now that is the worrying part.

Most media companies in India are owned by either Saudi Islamists or the White Generic Church. They and their cabal of white Christians of the ilk of Joshua Project in the west and arm-chopping suited-Islamists of Saudi Arab middle-east help create a discourse where frenzied Hindu mobs seems hell-bent on exterminating the victimized minorities.

This is adversely impacting our nation's image. Traitors like NDTV and leftist-academician are willing to sell their country to achieve their vested interests. 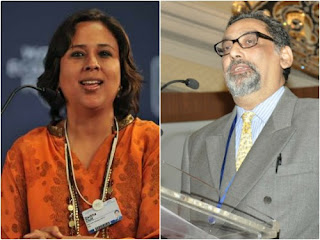 Unless we come up with an alternative discourse to handle presstitude anti-Hindu and anti-India media both in India and abroad, the likes of pro-Pakistani Barkha Dutt (her husband was a Kashmiri extremist FYI) and anti-Hindu Sanjoy Majumder of BBC, will continue to rule the roost.

Epilogue
Ironically another person died next week in the same area, a Hindu named Jay Prakash. But there was hardly any inquiry or media coverage.

Further Reading
To know more about Joshua Project and how the Generic Church plans to convert India to a Christian nation by discrediting Hinduism read this article by Radha Rajan.

About Arm-chopping and rapist Saudis's the less said the better. Read this and this.

That's it. Thank you for reading Lies about Dadri Incident and the return of Sahitya Akademi Awards. Please show your appreciation by sharing and/or leaving a comment.
current-affairs history shocking