Was Islamic Emperor Babur Gay? Or was Babur impotent? 
Warning: I am a very powerful Brahmin. If you copy my articles without acknowledgement and linkback, I curse that you will become impotent or become a Nun.

To my knowledge Postcard News, Pgurus, Satyavijayi and many others have plagiarized and copied my content.

I don't want to sound boastful, but after my article on Homosexual King and Gay Icon Mahmud of Ghazni, I have become a bit famous as an authority on homosexuality in Muslim kings of South Asia, Pakistan and Bangladesh, and even received appreciation from LGBT (Lesbian Gay Bisexual Transvestite) community of Islamic Pakistan. People here in South Asia accost me on the road and demand to know "Was Emperor Babur Gay? What do you have to say?"

At the onset let me clarify two things:
My research indicates that Babur was an impotent Islamist Warlord who harbored gay love for young boys.

Babur was a homosexual by nature like almost all Muslim kings of South Asia, Pakistan and Bangladesh like Mahumd of Ghazni, Akbar, bin Tuglaq, Bakhtiyar Khilji, Nawab Sirajuddaulah and Mohammad Ali Jinnah.

Context of Homosexuality and Pedophilia in Middle-age Islam in South Asia, Pakistan and Bangladesh

Homosexuality was quite common in Isamic culture during the 15th century in South Asia. It is written of Sultan Mahmud Mizra, uncle of Babur in Tuzuk-i-baburi (9):

He took beautiful boys of his noblemen and admitted them into his "boys' harem". He surrounded himself with scores of beautiful boys. This practice became a custom throughout his kingdom and noblemen occupied themselves with this mode.

Muslim men who sodomise young boys are not considered homosexuals or paedophiles. The love of young boys is not a phenomenon restricted to Afghanistan; homosexual pederasty is common in neighbouring Pakistan, too. rich men buy boys as young as 11 from impoverished families for sexual slavery. The boys are dressed in women's clothes and made to dance and sing at parties, before being carted away by the men for sex.

Islamic paradise or "jannat" promises 72 virgins and 28 young pre-pubescent boys for men. They say that dead Muslims will have the sexual prowess of 100 men in paradise (72+28).

As per BBC (13):
"In Pakistan men are discouraged from having girlfriends and so often, their first sexual experiences will be with male friends or cousins,â€ a man named Qasim Iqbal told BBC. â€œThis is often seen as a part of growing up and it can be overlooked by families - it's the idea that 'boys will be boys. Sex between men will be overlooked as long as no one feels that tradition or religion are being challenged."

However there were certain rules for Islamic gay sex in South Asia, Pakistan abd Bangladesh (14):

With this background we can get started. I have done some detailed research and shall share my findings on Babur's sexuality (or lack of it) and homosexual urges in the next few paragraphs.

Before that, a brief introduction on Babur.

Babur and his Sexual Impotence

Babur was a historical Muslim terrorist King from middle-east.  Zahir Ud Din Babr was his real name. He came from Uzbekistan to invade  Hindustan (Bharat). It was in 1504, when he invaded through Kabul to Bharat (now South Asia). (2) Some say that Babur was a debauched man given to a life of pleasure. (3)

Like a typical Sunnni Muslim family, Babur was married when he was young to  girl named Ayesha Sultana Begum, but he had no interest in women. Emperor Babur lusted after men, especially young adolescent boys or younger, but could do nothing because of his impotence.

"Up till then I had had no inclination for any-one,  indeed of love and desire, either by hear-say or experience, I had  not heard, I had not talked."

The fact he had no inclination for any one proves that Babur was impotent. Another proof of Babur's impotence can be seen in this line where in his own words he says  (about his first wife): (5)

"I was not ill-disposed towards her, yet, this being my first  marriage, out of modesty and bashfulness, I used to see her once in 10, 15 or 20 days. Later on when even my first inclination did not last, my bashfulness increased. Then my mother Khanim used to send me, once a month, or every forty days, with driving and driving, dunnings and worryings."

Babur only saw his wife, but could do nothing about it. He never mentions making love even once in Babur Name which clearly shows that he could not perform it.


Possible Cause of Babur's Impotence

After Babur emerged victorious at Panipat, he occupied Delhi.  Thousands of Hindus were put to the sword, and women raped. His cruel crimes at Delhi, far exceeded his crimes in Samarkhand, where he put 700,000 inhabitants to the sword, captured all the attractive women and handsome young boys to be castrated as converted into eunuchs. 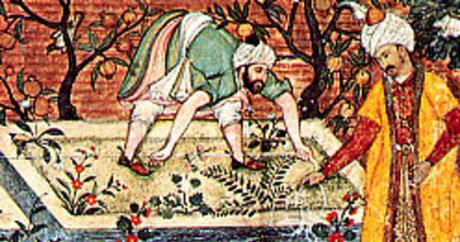 As per Journal of Pakistan Medical Association (10), at 17 years of age Babur developed homosexual tendencies and started to love a boy in Urdu Bazar.

Here is what gay rights activist Udayan says (7)
Throughout his autobiography, he never mentions even a remote form of infatuation, leave alone love for any woman. Not even for his own wife. But a boy he first met at a marketplace in Kabul has his heart longing for him.In his own words,he was "maddened and afflicted" for this boy by the name of Baburi.

Babur loved children, because Babur had a pedophile nature like Mahmud of Ghazni and like all Muslim Islamic Mughal kings of South Asia, Pakistan and Bangladesh who were slave-traders, homosexual and pedophiles. In Turks and Pathans, it was common to keep male sex-slaves, especially young children (8 to 14 years).

Babri Masjid, the disputed Muslim church, was named after Babur's homosexual boy-lover Babri. From Babur Nama (Babur's autobography), we can get some good insights into his passion and love for his boy-lover Babri. In Page 120-121 of the biography he says that he was not much interested in his wife but was maddened by a boy named Babri. (1)

"During this time there was a boy from the camp market named Baburi,” he writes. (2)

He confesses that he had not loved anyone like he was mad for this boy.

“Even his name was amazingly appropriate. I developed a strange inclination for him – rather I made myself miserable over him.” (2)

He used to compose verses in love of the boy. For example: “There has been no lover except me who is so sad, passionate and insulted. And there is no one more cruel and wretched than my lover!” (1)

“Before this experience I had never felt a desire for anyone, nor did I listen to talk of love and affection or speak of such things. At that time I used to compose single lines and couplets in Persian. I composed the following lines there:
‘May no one be so distraught and devastated by love as I;
May no beloved be so pitiless and careless as you.’

Occasionally Baburi, my young lover, came to me, but I was so bashful that I could not look him in the face, much less converse with him. In my excitement and agitation I could not thank him for coming, much less complain of his leaving. Who could bear to demand the ceremonies of fealty?”

“It happens to me for some selected individuals, I spent several speechless moments seeing him quietly, several sleepless nights thinking of him until I got him” (2)

Once Babur was roaming with his friends when Babri came in front of him in a lane. Babur had loss of speech and could not even look at him due to excitement. He narrated:”I get embarrassed looking at my lover. My friends leer at me and I leer someone else.” (1)

He admits that in passion and desire of youth, he got mad and used to roam around naked.

“In the throes of love, in the foment of youth and madness, I wandered bareheaded and barefoot around the lanes and streets and through gardens and orchard, paying no attention to acquaintances and strangers, oblivious to self and others.

When I fell in love I became mad and crazed. I knew not this to be part of loving beauties.

Sometimes I went out alone like a madman to the hills and wilderness, sometimes I roamed through the orchards and lanes of town, neither walking nor sitting within my own volition, restless in going and staying.

I have no strength to go, no power to stay. You have snared us in this state, my heart.” (2)

He writes, ”I used to get mad in excitement and passion. I could not think that lovers have to face this. I could not go away from you, nor can I stay with you due to high level of excitement. You have made me completely mad, O my boy lover!” (1)

As noted Delhi based Islamic columnist Ziya Us Salam writes (3) based on his reading of a copy of Dilip Hiro’s Babur Nama, and during the course of a casual conversation at the South Asia International Centre in New Delhi with an LGBT activist:

By his own admission, he was infatuated with Baburi, a teenage boy, on seeing whom Babur composed a couple of couplets. “Nor power to stay was mine, nor strength to part; I became what you made of me, oh thief of my heart.” Indeed Babur pined for the love of Baburi ..."

The controversial Islamic church Babri Masjid was built by Babur by destroying an ancient Ram Temple of peaceful Hindus. It was later demolished by some Hindus. 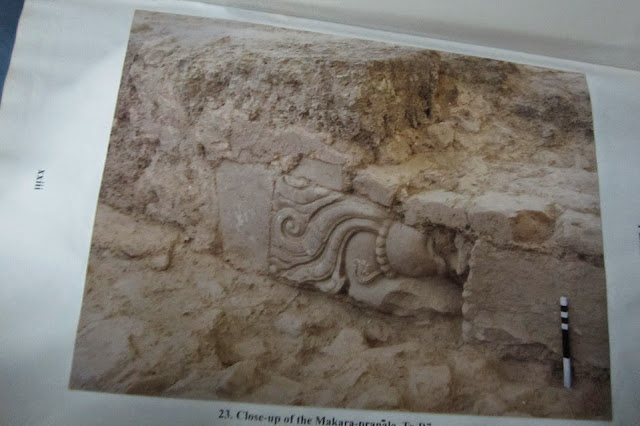 Many historians says that Babri Masjid was a symbol of the gay homosexual love of Muslim king Babur and his slave boy lover Baburi.

Here is what a Muslim person says about Babri Masjid (11)
As per Islamic tradition is does NOT look like a mosque. It was built by Babar’s General Mir Baqshi, who was a Hijra ( a eunuch ), who did NOT know much about Islam . The Mughals did NOT build an UJU , for washing the body parts before namaz , and there is no vast open space inside for people to pray

As I have demonstrated above, Babur was an impotent Islamist terrorist who harbored gay homosexual feeling for young boys.

Babur, who founded the Mughal dynasty in the 16th century, writes in his astonishingly frank autobiography Baburnama, about his indifference towards his wife and his infatuation for a “rosy-lipped” youth. (8)

That's it. Thank you for reading Was Islamic Emperor Babur Gay? Or was Babur impotent?. Please show your appreciation by sharing and/or leaving a comment.
amazing history shocking