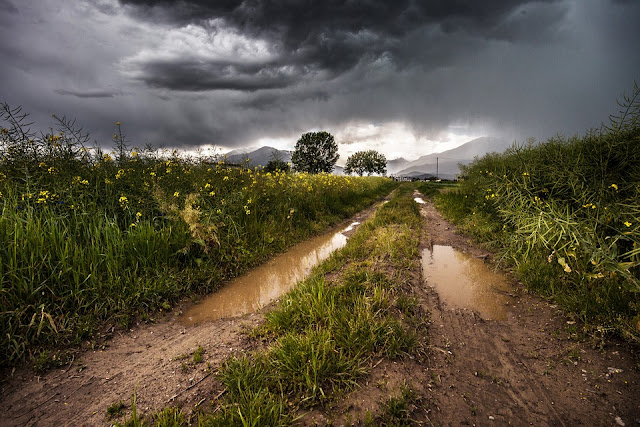 Have you ever gazed at a village or country road as it disappears into the horizon? In this poem I have tried to capture such a situation, and what better language for Kavya than Sanskrit? I present to you, with translation, Infinite Road - A Sanskrit Poem.

Adaptation
Straight was the road,
uneven and broken,
And he headed towards,
the far horizon.
Unyielding he was,
and wide was he,
and he touched the point,
At Infinity.

Hope you liked it. If there is any deficiency in the poem, it is not that of the language but mine.

You may also like:
From the Kingdom of Heaven to the Land of the Natives
Invader I am Not
Ascent
Where are the Trees?
poem