Superstitions in Religion - A Case Study 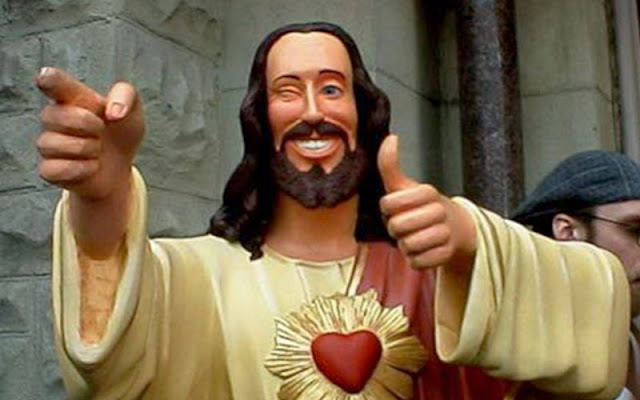 Raise your hand if you believe that anything which does not stand to reason must be immediately discarded.

Keep your hand raised if you prefer Scientific proof over the words of a so-called God, revealed via a so-called prophet through a so-called Holy Book.

I sincerely hope all of you have raised your hands and kept them raised.

In my decade-long of study of world religions, one thing that has become crystal is that religion without science leads to superstitions.

In this post, I will expose superstition in religion, using a case study approach and debunk some of the biggest religious superstitions.

In this article, I will take two of the largest religions of the world as a case study to drive home the point that religion without science leads to superstitions,  by exposing 25 superstitions.

Men of Science
I am a man of science and am strictly against superstitions. Request you to keep an open-minded scientific spirit while we peel the layers of superstitions and unscientific backwardness so ingrained in the major world religions.

For a criticism of Indian religions and rising intolerance, you can watch Aamir Khan's block-buster movie PK. Obviously I cannot do a better job than PK - hence I did not consider Indian religions.

You can in fact call my article PK 0.0 - it has all those things not covered in Aamir Khan's magnum opus. (Wishful thinking) Hopefully someone will write a story based on this blog and make a movie !!


No one can talk to God ... because there is no God
As you go through this case study on Christianity and Islam, you will be shocked, and horrified and dismayed as to how unscientific and anti-reason some of their core tenets are and how ludicrous are their claims and theology. Its like taking science and putting a negative sign in front of it.

So-called God, their so-called prophets and sons, and holy books - all these must be put to the bin if we want to progress as human beings in the realms of science.

Here is what noted myth-buster Victor Zammit says on Christianity: " (I was born into to a Christian family), BUT ... Much of Traditional Christian religion is technically, ‘SUPERSTITION’".

Here is what TheReligionOfPeace says about Islam: "... the truth is that Muhammad believed in black magic and curses.  This is documented in the Quran and Hadith."

Let us start without further delay.

During a Christian service a wafer is turned into the body of ‘God’/Jesus. Clearly that is anti-science.

Superstition in Religion # 2 - Demons and Magic

According to Koran (Verse 2:102), the holy book of Muslims, magic was taught to men by demons. Moses himself was able to practice magic (7:116). Clearly modern science has no proof of any demons.

We are supposed to believe that wine is turned into the ‘blood of God/Jesus’ and that during service a Christian thinks he is drinking the blood of Jesus/God. These are primitive cannibalistic ideas typical of early middle-eastern and European practices.

Superstition in Religion # 4: Warding of Evil Spells and Black Magic

As per Bukhari Hadith, a very important scholarly and scared Islamic work, Muhammad prescribed eating seven dates in the morning to ward off evil spells (Muslim 5081, Bukhari 65:356). Women are often arrested and killed in Muslim countries like Pakistan, Bangladesh and Saudi,  on suspicion of “black magic.”

This one is a no brainer. Virgin birth or parthenogenesis is possible only in  nematodes, water fleas, some scorpions, aphids, some bees, some Phasmida and parasitic wasps, some fish, amphibians, reptiles and very rarely birds.

Virgin birth CANNOT happen in human. Yet Christians the world over including America and Europe, believe that Jesus was conceived in the womb of his mother Mary through the Holy Spirit without the agency of a human father and born while Mary was yet a virgin.

Surely as men of Science we must reject these absurd claims outright.

Superstition in Religion # 6: How to wipe your buttock

As per sacred Muslim text, Bukhari's Hadith, a person should wipe their butt with an odd number of stones after defecating.

When someone dies, he stays dead, starts rotting if not disposed, and lice and maggots start feasting on the putrefying body. They don't come alive. That is what science tell us.

Yet many Christian pastors and parishioners and popes would like us to believe, that  after being put to death, Jesus rose again from the dead. Which is as ridiculous as it gets.

Superstition in Religion # 8: How men should piss

Muslims believe that the penis should be held with the left hand only when urinating. As per Book 002, Number 0512 (Muslim): "Abu Qatada reported it from his father that the Messenger of Allah (may peace be upon him) said: When anyone amongst you enters the privy he should not touch his penis with his right hand."

Superstition in Religion # 9: Resting in Peace

As per sacred Christian theology which all MUST believe, all who die will remain dead underground until Archangel Gabriel blows his trumpet so that Jesus will come to 'judge the living and the dead'. That's why Christians say "Rest in Peace" when someone dies.

Obviously this is so ludicrous that it needs no explanation - it is patently unscientific. Yet, Christians vehemently swear by this superstition. I repeat, when someone dies, they stay dead, and their bodies rot, unless they are cremated.

Superstition in Religion # 10: How a child looks

Sahih al-Bukhari Book 55 Hadith 546: " ...  Allah's Apostle said, "Gabriel has just now told me of their answers... As for the resemblance of the child to its parents: If a man has sexual intercourse with his wife and gets discharge first, the child will resemble the father, and if the woman gets discharge first, the child will resemble her." .. On that 'Abdullah bin Salam said, "I testify that you are the Apostle of Allah."

There is no heaven. No scientific proof of a heaven exists. Yet all Christian's believe in heaven.  Christianity has taught Heaven as the location of the throne of God as well as the holy angels.


Even Muslims strongly believe in  the concept of heaven  and Jannat. Islamic fundamentalists and Muslim terrorist suicode bombers blow themselves up believing that they will go to heaven and avail the company of 72 virgins.
Science is yet to show the existence of any heaven, or so-called god or son of God. In fact most scholars agree that Jesus was a mythical figure and a creation of fundamentalist preacher Paul, who wanted to spread his cult which later became known as Christianity.

As for virgins, assuming that 50% of all Muslims are men, there are 800 million Muslim males. If each male were to get 72 virgins, they would require a total of 60 billion virgins, clearly an impossible number for humans, unless other species are allowed.

This is one of those stupid things which has brainwashed so many Muslims and Christians. The Christian devil is a ridiculously childish monster the , 'Pan the mountain Goat-God', with horns, hoofs and tail.

In Islam, Iblis is a jinn who refused to prostrate himself before Adam. The primary characteristic of the Devil is hubris. His primary activity is to incite humans and jinn to commit evil through deception, which is referred to as "whispering into the hearts".

Science has so far shown proof of neither gods or devils. Yet the Western  world and middle-east continue to believe these ridiculous things.

16. A rabbit's foot will bring you luck.
Seriously?

19. Cross your fingers - Those wishing for luck will often cross one finger over another, a gesture that's said to date back to early Christianity.
Duh ...

20.  Friday the 13th - Apparently the mythical Jesus Christ died on  died on a Friday and 13 has a long history as an unlucky number.

#26 Bonus Superstition in Religion:  Why is the nib of a fountain pen Cracked?

Adapted from Faithfreedom:
"Readers, have you ever wondered how the nib of a fountain pen was cracked? If not, then please read on carefully. After finishing His creation, as depicted in (1) above, Muslim god commanded his pen: “O pen, begin scribing Kalema Tayeb ....” Then the pen scribed, for four hundred years (some say four thousand years), .. the first part but on no occasion did the pen write the last part,  .... Then Muslim god asked the pen: “Pen, what have you written so far?” The pen obligingly showed Muslim God what it had written. An angry Islamic God said, “Why did you not write the last part?” The pen replied,” My Lord, I dared not associate your name with anyone else.” Then Muslim God said, “Indeed you have committed a grave mistake by not writing the name of my comrade. Now hasten to write my best friend’s name.” Observing the unpleasantness in Muslim god, the pen became extremely frightened started to shake; as a result, its front part became cracked. Now, whenever you observe the crack in the middle of a fountain pen you will surely recall the reason for such a split! After this, the pen continued writing the name of the Prophet, the dearest friend of Muslim god."

I rest my case.

Edmund Burke (1729-1794) in Reflections on the Revolution in France said about superstitions in Christianity:
"The line between superstition and religion is difficult to draw and undoubtedly subjective. Many Roman Catholics would consider that belief in divinely inspired vegetables or milk-drinking idols is superstitious, but belief in weeping statues of the Madonna and other miracle-working relics is an integral part of their religion."

Syed Kamran Mirza (2006) says about superstitions in Islam:
"When one reads the fundamental scriptures of Islam, namely; the Qur’an and many Ahadith, one is bound to find copious superstitious stories and practices. The belief in such irrational and illogical stories and tales is bound to give rise to many fanatical believers and this could be the root cause of Islamic frenzy among its blind believers".


You may also like:
Kamlesh Tiwari and Homophobia
Bakhtiyar Khilji's conquest of Bengal and Bihar
Mughal Barbarism and Islamic Savagery in India
Islamic Fundamentalism in Bengal - The Ultimate Resource
Joshua Project and Christian Terrorism

Source
That's it. Thank you for reading Superstitions in Religion - A Case Study of Islam and Christianity. Please show your appreciation by sharing and/or leaving a comment.
current-affairs social-issues