This is truly a perplexing  question - as a pure-bred Bengali I found it very difficult to understand why most Bengalis hate Hinduism so much. This hatred is especially strong in Kolkata and suburb based so-called educated Bengali people, especially upper-caste Hindu Bengalis, who consider themselves intellectuals (but are not). On top of being anti-Hindu, these people are pro-Muslim, think or choose to believe that Islam is a religion of peace, support beef-eating and communism, and do not seem to mind Durga Puja rules being dictated by Hindu-haters. [1][2][3][4]

These Bengalis are loud, rude, illogical and argumentative. Their hatred for Hinduism, "Hindutva", BJP, RSS is so strong that they confuse the government with the nation, and generally comes across as anti-national.

This is strange and perplexing, because a large number of our freedom fighters and nationalists were Bengalis. The founder of Jana Sangh, the precursor of BJP, Shyama Prasad Mookerjea was a Bengali.

This is a question we must all understand. The issue needs nuanced handling, and as an insider I present my views of what I think are the reasons.

Although, most people think of us as one people, we need to understand that there are different  strands of Hindu Bengalis, with varying degrees of dhimmitude, Hindu hatred and ignorance. For those unaware, dhimmitude refers to a form of inferior life and slavish mentality under an Islamic rule (for example, Hindus were Dhimmis under Aurangzeb's fanatic Islamic rule and had a horrible life).

Aside
Since this essay has become quite popular recently, am doing a bit of self-promotion. To know more about me, especially since many people are questioning my credentials/ aukaad, read this. I have authored three books available on Amazon Kindle - do buy, read and share your comments.
- The Complete Hindu's Guide to Islam
- Ashoka the Ungreat
- Legendary Mughal Kings: Homosexuality and Pederasty in South Asia, Pakistan and Bangladesh 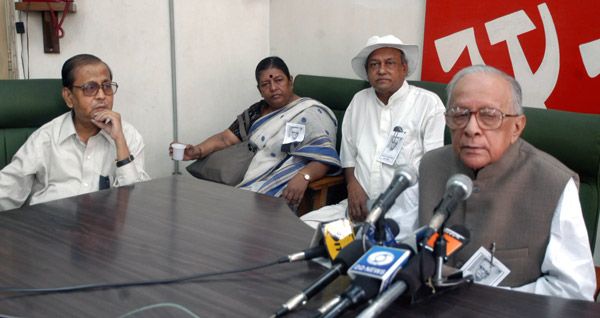 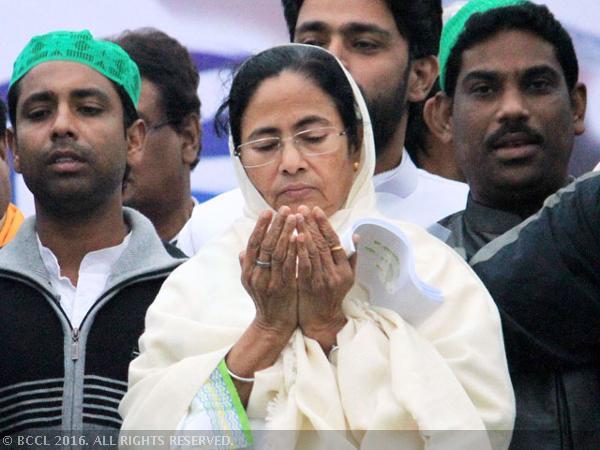 Today Bengali Brahmins and kayasthas (upper castes) in Kolkata and suburbs are a curse and a blot on Hinduism - the largest number of Hindu haters and meat/ beef eaters belong to these communities - rather than protecting dharma, they openly denigrate Hinduism and give Bengali Hindus a bad name.

Why do these Bengalis think they are superior?

My close friend Sayok Basu, a staunch rationalist and nonsense-hater explains it thus:

Most Bengalis suffer from a peculiar complex which includes a strange conviction that we are genetically, intellectually and cerebrally higher than our fellow countrymen who are primitive. Since we are burdened with this divine duty as descendents of higher cerebral beings we have to oppose whatever the rest of India thinks. To this end, following and parroting the propaganda of the likes of a certain Ghosh, Oberoi Didi and Allimudin Street is entirely acceptable and laudable indeed. God save my state and my men because they can't even help themselves.

I think this is a wonderful explanation of why many Bengalis today consider themselves argumentative.

Why do these Bengalis argue so much?

Only two types of people argue:
a. those who know
b. those who don't know

These elite city-based Bengalis like to believe that they are sophisticated, educated and cultured, which most are not, because the education system in West Bengal is notoriously bad - for 30 years the scoundrel communists used our education system to whitewash history and to spread their divisive agenda. These Bengalis believe that they are "rationalists" and anti-superstitious - but peculiarly their rationalism and fight against superstitions and barbarism, is restricted only to Hinduism (Hindutva, RSS, VHP, sati, women rights, dalit oppression).

Why do Bengalis criticize superstitions and backwardness only in Hinduism and not in Islam?

When I point out Christianity and Islam are full of superstitions and barbaric practices, they shrug their shoulders and say that we have so many problems, we should not point others mistakes if at all they exist. Such inferiority complex is truly horrifying.

In facebook whenever an article glorying Hinduism or India is published, or an article criticizing Islam or Christianity is published, it is a Bengali who first protests and says "What about Sati? What about Dalits? We have so many issues ourselves etc.?" If I point out verses from Koran that instigate violence or ask Muslims to kill Kafirs an chop off their limbs, the Bengali will immediately say "Even our Bhagavad Gita has violence", and all such nonsense.

Why do these Bengalis give so much bullshit on religion?

A typical commie or "rationalist" Bengali will say:
1. I don't believe in God.
2. All religions are the same.
3. No religion is perfect.

and many other such bullshit.

Many a times I have challenged these stupid mentally challenged Bengalis to a debate and simply asked them - have you read a single scripture in any religion before making your stupid comments? I mean, to make a comment on Newton's Laws of motion you need to study Physics and Newton's Laws of motion. Same rule applies to religion. You can make a comment after reading Vedas, Upanishads, Koran, Hadith, Bible - New Testament and Old Testament, Torah etc - only an UTTER IDIOT will make such stupid comments without doing any reading or knowing anything.

[And this is the reason also why today West Bengal is such a backward state - city people are ignorant but they think they are superior, city people are lazy and militant and do not do anything to gain knowledge. Village and town people are much better - but their politics is controlled from Kolkata and they are this made to suffer. The elite city-based Bengali and commie-followers are a bullshit group of losers, who give Bengalis a bad name.]

Stats:
I hope this gives a good insight into what is happening to Bengalis in West Bengal and other places. It is not that most Bengalis anti-Hindu, illogical, argumentative and anti-national - but it is true that Bangals and Ghotis, especially upper-caste Hindus from Kolkata, the earlier refugee colonies in Kolkata, the suburbs are pure dhimmis, anti-Hindu, illogical, argumentative and anti-national, and would love nothing more than to see Hinduism dead.

Addendum
My responses to some comments I have received:

1. Was I stoned while writing?
1. Unlike typical liberal Bengalis and antels of Kolkata, I do not smoke, drink or get stoned. I don't wear Guyebhora T-shirts either. And yes Mother Teresa was a fraud and a charlatan of the highest order.

2. Do I have a tiny brain?
2. Last time I checked my brain size was normal. But communists and Bangali aantels have tiny brains I have been told.

3. It is disgusting propaganda.
3. Says a communists/ leftist.

4. The tiny man is anonymous
4. No dickhead. My name is Subhodeep Mukhopadhyay. Just read the post.

6. Somebody took away his maacher jhol.
6. I am a Brahmin. I am a vegetarian. I don't eat fish, eggs or meat. Not a biriyani and egg-roll chomping glutton like you.

My sincere thanks to Hindu Bengali libtards of Kolkata for making this essay go viral. The more you huff and puff and fume and use obscene language, the more vindicated I feel - that my analysis is spot on. And indeed the language of some of the comments like "I will kill you", "son of a ", profuse usage of genital parts etc, or threats to give poor ratings to my books because you don't agree with this essay, is nothing but a crystal clear reflection of your intolerant militant culture - of today's Hindu Urban Bengalis.

In this essay, for those who have bothered to read, I have called out the present day upper-caste educated left-libtards (of both ghoti and Bangal origin, albeit for different reasons) for what they are - hate-mongering divisive anti-nationals. In fact as I have said, the only hope for Bengal is lower castes and non-Kolkata/ non-suburb Hindus - and thankfully they form majority Hindu population of Bengal today and realize the damage caused by those who should have been protecting dharma instead of abusing it.

The image is that of Bangladesh where the police force and army were engaged in hunting for Hindu Kafirs [think: circumcision] and then exterminating them.