Is God a Racist Misogynistic Homophobic Genocidal Maniac and Terrorist?

Today I would like to share my thoughts on this very interesting question: Is God a Racist Misogynistic Homophobic Genocidal Maniac and Terrorist?

A close reading of the Holy Books of major religions like Christianity and Islam, reveals that to be true. God is indeed a monster and the vilest creature to ever inhabit our mind-space. Incidentally, this is not my own conclusion. With regards to Christianity and Holy Bible, noted rationalist/ scientist Richard Dawkins writes:

The God of the Old Testament is arguably the most unpleasant character in all fiction: jealous and proud of it; a petty, unjust, unforgiving control-freak; a vindictive, bloodthirsty ethnic cleanser; a misogynistic, homophobic, racist, infanticidal, genocidal, filicidal, pestilential, megalomaniacal, sadomasochistic, capriciously malevolent bully.

In Deuteronomy 7:1-2, the Bible teaches, "When the LORD your God brings you into the land that you are entering to take possession of it, and clears away many nations before you, the Hittites, the Girgashites, the Amorites, the Canaanites, the Perizzites, the Hivites, and the Jebusites, seven nations more numerous and mightier than you, and when the LORD your God gives them over to you, and you defeat them, then you must devote them to complete destruction."

The people of Samaria must bear their guilt, because they have rebelled against their God. They will fall by the sword; their little ones will be dashed to the ground, their pregnant women ripped open." (Hosea 13:16)

Slaughter of the Canaanites - According to the Pentateuch (the first five books of the Old Testament), when God called forth his people out of slavery in Egypt and back to the land of their forefathers, he directed them to kill all the Canaanite clans who were living in the land (Deut. 7.1-2; 20.16-18).  The destruction was to be complete: every man, woman, and child was to be killed.  The book of Joshua tells the story of Israel’s carrying out God’s command in city after city throughout Canaan.

Slaughter of Kafirs and Hindus (Idol Worshippers) - "Then, when the sacred months have passed, slay the idolaters wherever ye find them, and take them (captive), and besiege them, and prepare for them each ambush. But if they repent and establish worship and pay the poor-due, then leave their way free. Lo! Allah is Forgiving, Merciful." (Quran 9:5)

In the above verse, Allah or God teachers mass murder.

According to historian Daniel Pipes: The kafirs must either convert to Islam, who would keep up prayer and pay the poor-rate (zakat), or be murdered. Command for unconditional slaying of humans, God's own creations, by other humans – when presented as a sacred teaching of the almighty Creator – becomes a most evil teaching.

In Quran 5:32 and 5:33, Allah or God says: We decreed for the Children of Israel that whosoever killeth a human being for other than manslaughter or corruption in the earth, it shall be as if he had killed all mankind, and whoso saveth the life of one, it shall be as if he had saved the life of all mankind. The only reward of those who make war upon Allah and His messenger and strive after corruption in the land will be that they will be killed or crucified, or have their hands and feet on alternate sides cut off, or will be expelled out of the land. Such will be their degradation in the world, and in the Hereafter theirs will be an awful doom;" 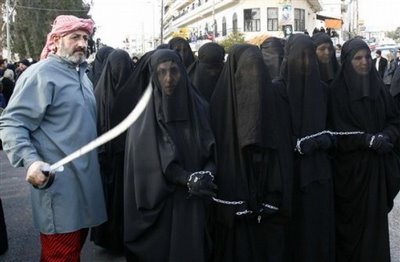 Homosexuality is completely forbidden in Christianity and Islam. God and Allah seem to be specially interested in horrible punishment for homosexuals and lesbians. The story of Sodom is common to both Christianity and Islam and highlights their built-in innate hatred for same-sex people. That is why Christians and Islam are homophobes by nature. In the Biblical story of Sodom, scholars through the centuries have interpreted the "rain of stones" on the town as meaning that homosexuals should be stoned.

In Islam, not only is there a disapproval of homosexuality, Sharia teaches that homosexuality is a vile form of fornication, punishable by death.
Conclusion 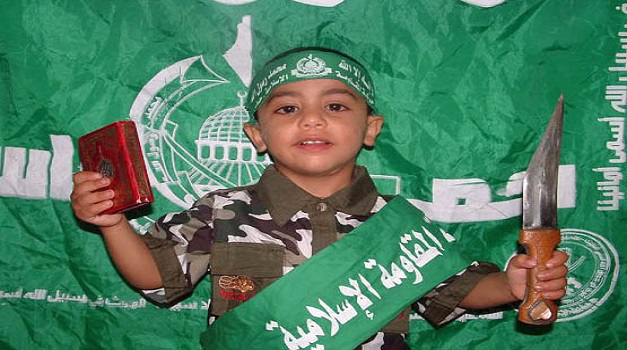 According to Christianity Today,
What's not easy is explaining what appear to be deliberate acts of divine cruelty. God's virulent rage. His hair-trigger vindictiveness. His apoplectic jealousy. Why would God make women and children pay for the sins of despots or the apostasy of priests? God's behavior at times appears to the skeptic, and even to the devout, as mere rancor, raw spite. There are passages in Scripture that make God look like a cosmic bully throwing a colossal tantrum.

No wonder Islam and Christianity are such messed up faiths because of their terrorist God. The result of this depravity is evident:
a. Most terrorists are Muslims
b. Most war criminal are Christians
c. Women have no rights in Muslim countries
d. Church fathers and Imams are pedophiles and sex-offenders (See Imam Arrested for Sodomizing 7 year old boy , Christian priest gets 40 years jail term for raping minor)

For the world to prosper God must go. Science must prosper.

References
You may also like:
9 Shameful Tactics of church to convert to Christianity
Islamic Fundamentalism in West Bengal - Curated List of All Incidents
Lies about Dadri Incident
Mughal Barbarism and Islamic Savagery in India
Joshua Project and Christian Terrorism
christianity islam social-issues