Was Jesus an Alien? 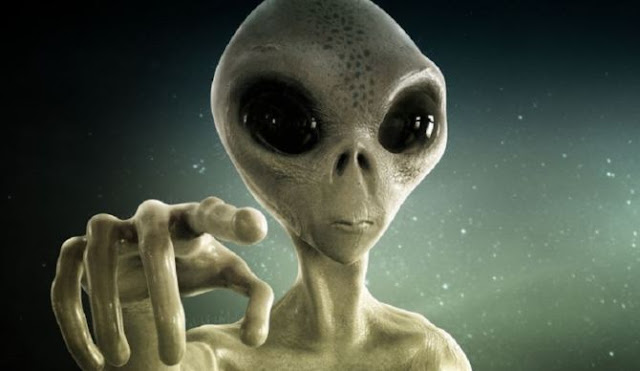 I often stay awake at nights contemplating on this very serious matter "Was Jesus an Alien?"

After detailed study of Bible, Biblical commentaries, paintings and other literature, I have come to the irrefutable conclusion that Jesus Christ was actually an alien shape-shifter. And I will share hard concrete proof of my claims.

Many experts believe that Jesus was not actually a divine messenger of God, but an artificially inseminated alien (which would account for his ability to perform miracles and communicate with God).

As per BBC: "Separate claims that Jesus might have been an alien are not only made by groups like the Aetherius Society. 'Presbyterian' Minister Barry Downing has often credited phenomenon in the Bible, such as the coming of Jesus, to extraterrestrial origins." 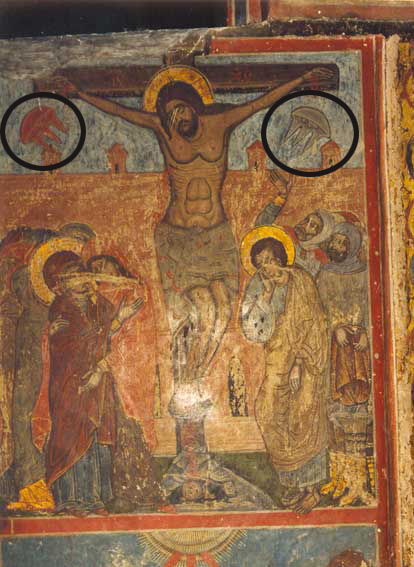 This is a painting seen on the walls of the Svetitskhoveli Cathedral in Georgia. The image is that of the mythical Jesus Christ whom Christains worship.

Look at the image clearly. It shows Christ on a cross, but look carefully at the top left and right corners.

They are flying crafts, dome like, with three trails coming out of each which look like a propellant of some kind. That is definitely a UFO, Unidentified Flying Object. Or it could be flying jellyfish.

In another painting by Aert De Gelder called ‘Baptism of Christ’, painted in 1710,  John the Baptist can be seen baptising Christ at the River of Jordan, and they all see  an object that looks like a spaceship, beaming light down. 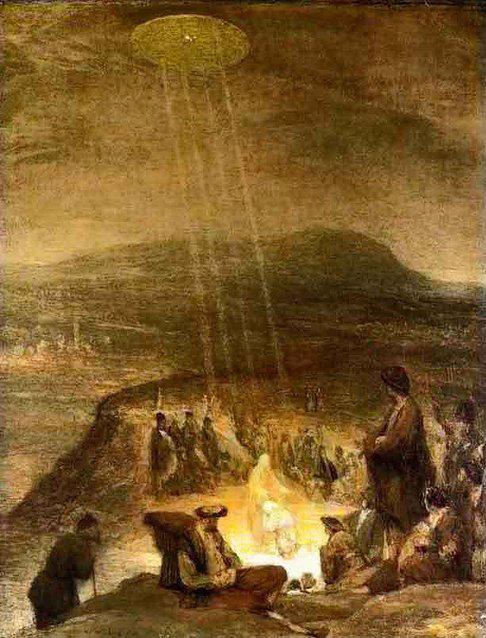 An expert while talking about the authenticity of the image says: "Considering De Gelder’s reputation as one of the elite artists of his time, it is likely this work was intended to be taken seriously and meant to communicate that Jesus had ties to aliens and perhaps was of alien origins." 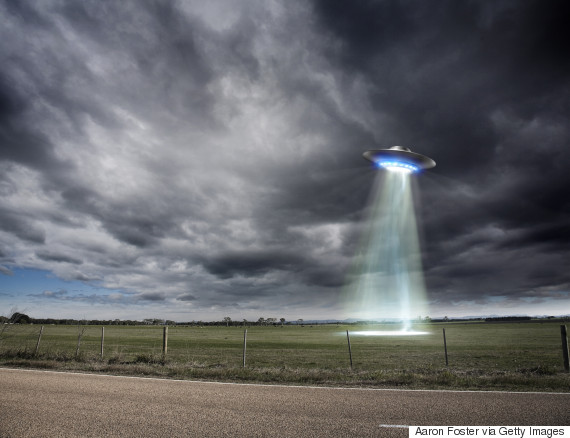 In any case we have some weird Western shit going on here.

A noted expert says: "The unknown artist seems to be telling us that these flying saucers were present during the death of Jesus.... The faces likely mean these crafts were piloted by people, or beings, that seem to play a central role in the event."

Is Christianity then an alien cult? Is there an alien in the Pope's body?

Jesus was a Shape Shifter

Another source in the extinct Coptic language of Egypt talks about Pilate and Jesus:
Pilate:  “Well then, behold, the night has come, rise and withdraw, and when the morning comes and they accuse me because of you, I shall give them the only son I have so that they can kill him in your place.”
Jesus: "Oh Pilate, you have been deemed worthy of a great grace because you have shown a good disposition to me."
Jesus then demonstrates shape shifting.
"Pilate, then, looked at Jesus and, behold, he became incorporeal: He did not see him for a long time.”

Conclusion
It is very likely that Jesus was an alien and that Christianity is actually an alien cult. This may come as a shock to Christians, but science and hard evidence always trumps blind belief and superstitions.

You may also like:
Joshua Project and Christian Terrorism
Bengali Terrorists
Is God a Racist Misogynistic Homophobic Genocidal Maniac and Terrorist?