Why do Bengalis love to slaughter animals eat beef and enjoy violence? 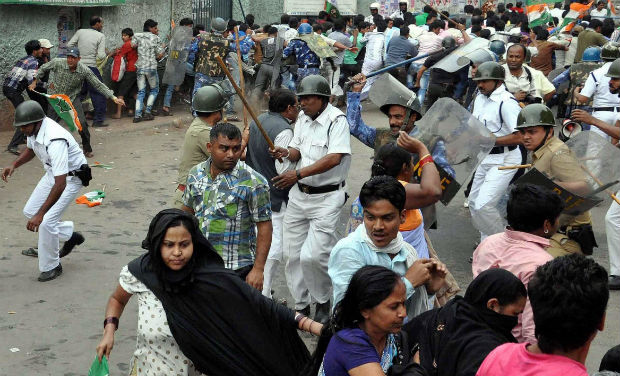 Why do Bengalis love to slaughter, eat beef and enjoy violence?


Warning: If anyone plagiarizes this article without proper linkback or attribution, beware. I am a very powerful Brahmin. I will curse that your balls will shrivel or you will become impotent or sterile. If you acknowledge me adequately, and link back correctly prominently, you have my blessings.

This question has perplexed me for a long time. I grew up in Bengal region and have been witness to the violent culture of the Bengali people, their gluttony, their passion for beef and their gun culture.

By Bengal, I refer to the region of what is today Bangladesh and WB, and Bengali people are the inhabitants of this Bengal region, or Biswa Bangla region. This is the region starting from Purulia in the west and ending with Sylhet in the east. In fact in Myanmar, Bengali people are called Bangali terrorists. See Bengali Terrorists A Great Threat.

Some Statistics:
- Out of 10 ethnic Bengalis, 8 are Muslims and 2 are Hindus
- Bangladesh is more than 95% Muslim
- West Bengal is almost 1/3rd Muslim

Indians consider cow to be a scared animal. However Bengalis do not consider cows sacred and majority of Bengalis eat beef. Says Soumitra Roy, a resident of Kolkata:

Of course Kolkatans eat beef. The best Kathi roll shops are in Kolkata. Take Nizams for example. Whole of the free school street and Wellesley street area is full of Beef Roll shops. Kolkata has a very diverse cultural ...  the population of Kolkata love beef. To localize it further you will find 50% of Kidderpore and Martins Bridge (metiabruz) area are beef eaters.

Subhashish Chowdhury explains it thus:
Absolutely. Calcuttans love beef. I started developing my taste for beef right from the first year of college, with Nizam’s beef kebab and roll. I loved it as I always prefer my meat to be gamey. Though for health reasons, I had to curtail my beef intake later (cholesterol problems), I still continue to enjoy steaks whenever I have the chance. Bengalis, especially from Calcutta, are not at all puritanical about beef as the myriads of answers to this question, testifies. 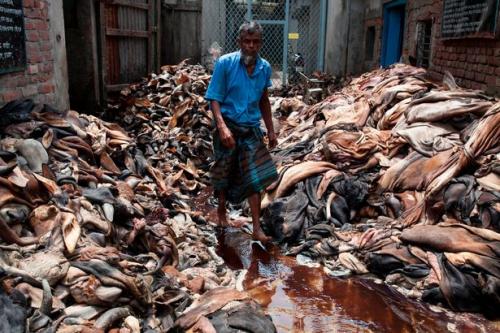 Certainly not the Bengalis, who cannot imagine Durga Puja without digging fish and mutton in abundance. That explains why community pujas all over the country have a lively subculture of stalls selling non-vegetarian specialities to the devotees who throng the temples and the pandals. Imagine pujo without "moghlai parota" and "deemer day-bheel" (as we like to call our version of scotch eggs!) Durga Puja is a time to celebrate life and what is life without good food.


Guns are a regular feature in Bengal region whether it is urban Bengal or rural Bengal (gram Bangla). It is not uncommon to find even young people wielding guns. For example, he deadly attack in Dhaka was carried out by certain misguided youths. 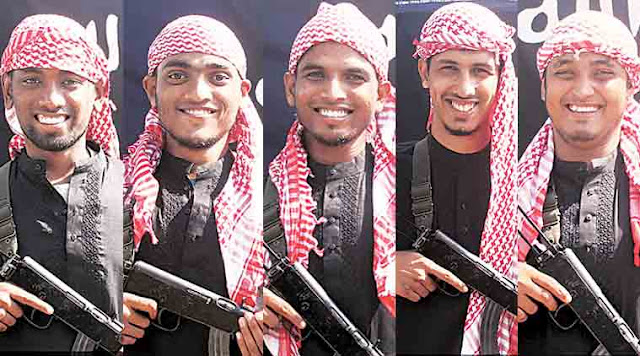 In recent times we have seen a spate of gun fights and riots in various parts of Bengal like Malda, Dhulagarh and so on.

Bloodshed and violence is an integral part of Bengali culture. Rivers of blood like we see above are common before the Hindu festival of Durga Puja when millions of cows, goats and buffaloes are slaughtered in Bengal region. Clashes like the Dhularagh riots have become all too common.

Culture of Durga-Kali to blame for all this


As many rationalists and social scientists have pointed out, this culture of violence and blood-thirst has nothing to do with Islam or Islamcofacism but rather more to do with the Bengal culture of Durga-Kali and its bloodthirsty cult. Kali wears a garland of skulls and stands on top of hear dead husband. She is bloodthirsty and violent. Her benign form is Durga, whose image of slaughtering a dark-skinned aborigine, is worshiped by many Bengalis. It is this culture of glorifying  extreme blood-lust and violence, that is at the root of all problems.

Another view is that it is Islam's doctrine of extreme hate and perpetual violence and blood-lust which is at the root of Hindu-Muslim riots, Dhaka attacks, Malada/ Dhulagarh riots, beef eating and violent gun culture of Bengal.

I leave it to you to decide which sounds more probable.

Why are most Bengalis anti-Hindu, anti-national and argumentative?
The Moronization of Hindu Urban Bengalis
Islamic Fundamentalism in West Bengal - Curated List of All Incidents
Mughal Barbarism and Islamic Savagery in India
Joshua Project and Christian Terrorism