Yogi Adityanath follows Kautilyan Policy of Clamping Down on Violence 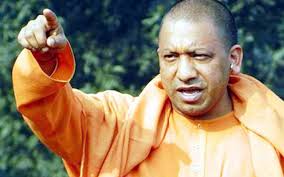 In Kautilya's Arthashastra it is said that there can only be one dada in a country. And that dada is the state itself. The country should have ZERO tolerance for crime and violence. And Adityanath's UP is following that policy of eliminating crime and criminals. In other words, eliminate criminals in encounters. 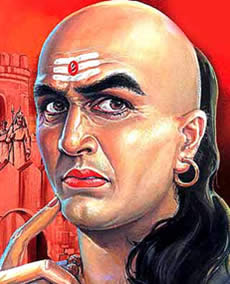 Prime Minister Shri Narendra Modi had said many times that law and order would be established in Uttar Pradesh after BJP came to power.

During Akhilesh Yadav’s rule, criminals had full freedom, terrorizing the common man. The primary motive behind making Yogi Adityanath the chief minister was his strong resolute image that would be instrumental in removing crime from the state. And the signs are there. After the Yogi Adityanath-led BJP government came to power in Uttar Pradesh with a promise to improve law and order, encounters have been taken up as part of a new strategy to control crime, the police have said. Data released by the government shows that roughly one encounter happened every 12 hours.

From the time when Yogi Adityanath became the new Chief Minister of Uttar Pradesh, the UP police has conducted 420 encounters reportedly killing 15 criminals in less than six months as per the official statistics released on Friday. According to data released by the UP Police, between March 20 and September 18, there have been 431 encounters, in which 17 criminals were killed; two policemen died and 88 were injured; so far, 1,106 criminals have been caught. An astonishing 1,106 criminals were also arrested in these encounter, and 84 were injured. The National Security Act has been invoked against 54 accused while the properties of 69 gangsters were attached under the UP Gangster and Anti-Social Activities (Prevention) Act.

These figures were released by the Director General of Police headquarters. One sub-inspector, Jai Prakash Singh, attained martyrdom in an encounter with a gang of dacoits in Chitrakoot. Eighty-eight policemen also suffered injuries.

ADG (Law and Order) Anand Kumar said, “We have adopted an aggressive and proactive approach towards criminals who are creating fear in society. We are identifying these wanted criminals to arrest them.”On the topic of encounters, he said, “They happen and are not planned. When police work proactively, there are chances that such encounters will happen.”

Last week, a senior officer of the police, Anand Kumar, said encounters will continue in the days to come. The government has also allowed district police chiefs to announce rewards of upto Rs. 1 lakh for a team that carries out an encounter. 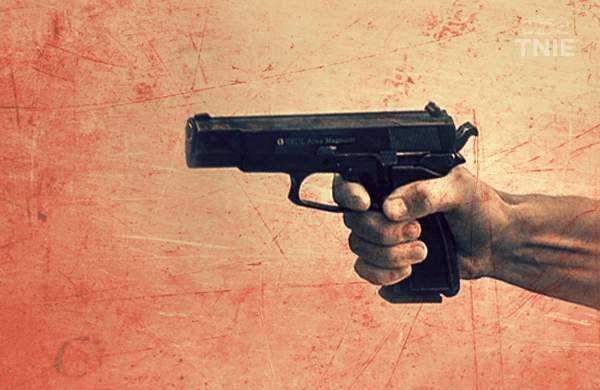 "Today, the people are secure and safe. The police used to be scared that if we act against criminals, we will be acted against. We have changed that. The police is leading from the front," Yogi Adityanath said at a press conference this evening as his government completed six months.

The police say the number of encounters and arrests in such a short period are unprecedented. Data from previous years is unavailable in public domain.

The last encounter took place in Etawah on Monday. Sundar Yadav, 27, was facing cases of murder, loot, dacoity and kidnapping. He was shot after he opened fire at policemen checking vehicles near a river, the police said, and died at a hospital in Etawah.

Two days ago, Jan Mohammed, who faces 24 cases of murder and robbery, was killed by the Muzaffarnagar police.  "We don't want to injure or kill anyone. The effort is to arrest. But if criminals fire at us, we have to fire back," said Anant Deo, a senior police officer who led the operation.

The opposition has questioned the number of encounters cited by the government. The Samajwadi Party, which was trounced by the BJP in the assembly elections held in March, has called it a "dangerous trend" is to use encounters as a "yardstick to maintain law and order in UP".

"Maybe the lines have already been crossed. The officer on the ground is under pressure to add to the statistics and present them before the government and that is very worrying," said Samajwadi Party spokesperson Juhi Singh.

As per a report, the numbers released by the Director General of Police headquarters show that one police person also lost his life in these encounters. Jai Prakash Singh, sub-inspector, died during the encounter of with a gang of alleged dacoits in Chitrakoot. Also, so far eighty-eight policemen have suffered injuries in the encounters from March 20 and September 14, according to the numbers. The IE report added that the figures released also shows that ten of the alleged criminals were killed in just 48 days leading up to September 14.

On one hand, IG (Law and Order), Hari Ram Sharma, said that these encounters were part of police’s efforts to “control crime,” on the other hand, questions are being raised over a series of tweets by Rahul Srivastav, public relations officer at the DGP headquarters. Earlier, on September 2, following the death of wanted criminal Sunil Sharma due to injuries sustained in an encounter on the outskirts of Lucknow, Srivastav took to Twitter and said,” #uppolice encounter express halts in the capital… miles to go…” The tweet was posted along with a news clipping of the encounter.

Moreover, recently on September 12, Srivastav again took to Twitter and said, “No count is final. It’s 5 now. A 12,000 rewardee criminal Raju succumbed to bullet injuries in Shamli, another got injured in Muzaffarnagar.” As per IE report, Srivastav denied to comment on the same and pointed the queries to IG Sharma, spokesperson for the DGP’s office. Sharma added that the UP police has also arrested 1106 person in these encounters out of which 84 were injured. The officer said that the National Security Act has been invoked against 54 accused while the properties of 69 gangsters were attached under the UP Gangster and Anti-Social Activities (Prevention) Act. “Criminals do not surrender to police without any resistance. Policemen need to fire in retaliation,” he said.

Meanwhile, Anand Kumar, ADG (Law and Order) told IE, “We have adopted an aggressive and proactive approach towards criminals who are creating fear in society. We are identifying these wanted criminals to arrest them.” On being asked about the encounters, he said, “They happen and are not planned. When police work proactively, there are chances that such encounters will happen,” added the report.

Aggression and eliminating criminals is the need of the hour in Uttar Pradesh which has been plagued with severe law and order issues for decades. Rampant crimes have seriously affected the development of the state with investors not willing to put money in a state where there is no security. For Uttar Pradesh to transform, the first step is to solve law and order issue which is a important agenda of the Yogi government. We truly appreciate what Yogi Adityanath is doing.