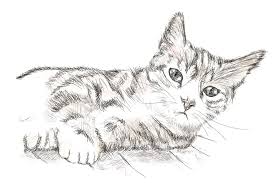 Our cat Ghentu breathed her last yesterday at 8:45 PM. She had been sick with a leg injury and old age hindered recovery.

Ghentu was always a wild cat and preferred staying on the fringes. In earlier days she would only come to our house for food. Later as she became old she started spending more time in our house.

While not a favorite among my family members, Ghentu was one of my favorites, and would purr when I rubbed her head.

Her health started becoming bad in the last 15 days, and she suddenly became very ill last 2-3 days when I was not at home. When I came back yesterday evening, she was in her last stage - her head had fallen and when she was still breathing, it was coming out in painful breaths and her eyes had glazed. I patted her head, called out to her and instinctively her muscle memory kicked in and she responded. But one hour later she was no more and Ghentu finally discarded her mortal body.

While we are sad, we are also proud that she lived close to 8 years - a rare feat in cat world and especially in a city. We have had numerous cats in our house over the last 2 decades and I have seen many cats dying and its a very painful thing - they usually die horrible deaths.

The biggest cause of cat deaths have been:


In my experience man is the biggest culprit when it comes to the animal kingdom.

We have taken over their habitats.

We show absolutely no compassion towards those who are somehow trying to survive. Either we stone them or poison them.

And those who manage to survive die because of our "plastic" based economy.

Compassion is completely missing from the discourse as we move further away from our non-harming Hindu life style and adopt consumerist Abrahmicism.

We are steadily moving away from our traditional principal of least harm to the western philosophy of maximum violence.

That is very sad.