Is Yoga Hindu? Yes it is 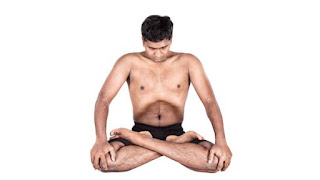 Yoga has nothing to do with religion. I agree.

Then they say Yoga is not Hindu. Which is wrong.

And then they give fallacious arguments like can we call Theory of Relativity Jewish because Einstein discovered it? This is a stupid argument.

First of all Yoga depends on Hindu metaphysics - which is based on Ritam, karma, re-incarnation, atman and brahman/ishvara.

Yoga means the identification of jivatma and parmatma - which is Hindu.

Yoga means the nirodh of vrittis of chitta - cessation of disturbances of mind-stuff - which again is Hindu.

Yoga is the 4th school in the Astika dharma shad-darshan - which again is Hindu.

Yoga is built on Hindu metaphysics, ontology, cosmology and epistemology.

It is a science, which is true in terms of universal applicability, but science which uses categories of Hindu Dharma. Unlike theory of relativity which is not based on Jewish metaphysics or epistemology.

The mistake we make is identifying Hindu dharma which is based on reason/ guidance of Guru/seeking Truth with closed and stifling Abrahamic religions with the creator God/ Prophet/ infidel/ sin/ fear/ raham-dua and all that non-sense.