How the West has copied from India without acknowledgement 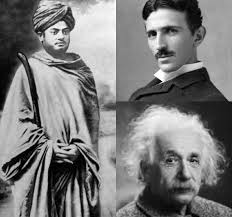 A few days back I was having a discussion with my Dad that many major "discoveries" of west in last 500 years, can be traced directly to Indian sources. He was skeptical, which is fair enough for his generation - as we have started putting the dots together only in last few decades.

Since most Indians, don't know the Indian sources and don't care one way or another, and neither do they "study" science/ maths properly for that matter, except for exam purposes, the link remains invisible.

West has been plagiarizing and appropriating Indian ideas for a very long time in fields like mathematics, biology, mind sciences and so on - obviously without acknowledgement. There is a technical term for it - called "digestion" coined by Rajiv Malhotra [1].

He has brought to public view many such "borrowings" by west with regards to Mind Sciences [2]. Others like C.K. Raju [3] and Subhash Kak [4], have done so for mathematics and physics respectively.

A celebrated example is calculus - credited to Newton or Leibniz. Since Indians don't trust Indian sources, I am citing a Manchester University source "Indians predated Newton 'discovery' by 250 years" (2007) which says "there is strong circumstantial evidence that the Indians passed on their discoveries to mathematically knowledgeable Jesuit missionaries who visited India during the fifteenth century." [5]

Another example is energy mass equivalence attributed to Einstein (E=mc^2). While nobody denies his genius in finding the mathematical equivalence, his idea came from India through the following chain:

Vivekananda himself shared the theoretical framework based on Upanishadic prana-akasha metaphysics, the knowledge of which has been passed down from guru to shishya in unbroken chain for many thousands of years.

Most people don't even know of Tesla, so there is no question of crediting Vivekananda. Perhaps the use of the term "Akashic Field" in a book (2004), Science and the Akashic Field: An Integral Theory of Everything by Hungarian scientist Ervin László is the closest we will ever get to an "acknowledgement" of sorts of the forgotten and ignored Hindu roots.