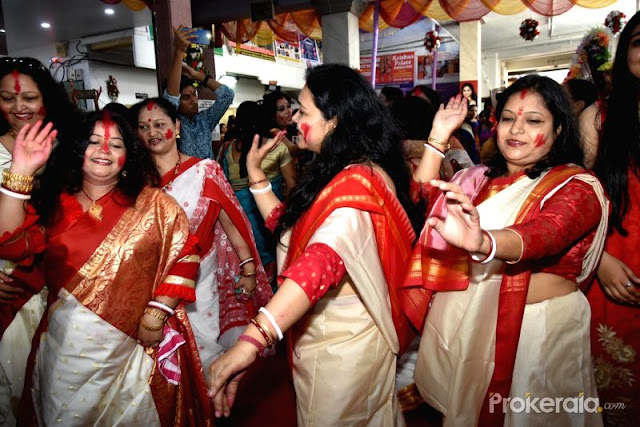 Quite a few "intellectual" types including many Bongs have refused to see the #SabarimalaVerdict for what it is - a clear interference by the elitist Delhi based #SupreemeCourt in religious customs of Hindus without understanding the customs in a single temple in far away Kerala.

The best way to explain the #Sabarimala case to Bengalis at least is like this. Tomorrow on #VijayDashamai married women indulge in #SindoorKhela where they apply sindoor on each other as they bid farewell to #Durga

But imagine tomorrow some Muslim lawyers group from Delhi files a petition in Supreme Court that Sindoor Khela is a case of "gender discrimination" and all males and females must be allowed. That it is also a case of discrimination against lesbian couples, gay couples, unwed mothers and couples living together.

Supreme Court has an urgent hearing and a 5 member bench sitting in Delhi decides the fate of Bengali Hindus in West Bengal - yes it is a clear case of gender discrimination and everybody should be allowed to play sindoor khela - including males, trans-genders, unwed mothers, gay/ lesbian couples and so on. Even Muslims and Christians.

Intelligent people will ask: "Why should a Muslim lawyer bother about gender discrimination in Sindoor Khela when Bengalis themselves have no problem? And especially when #Islam itself is riddled with all sorts of social evils"

Intellectuals will reply: "We have won. After evils like Sati, we have solved one more gender issue."