How Yoga and Ayurveda was integrated in the Hindu Lifestyle 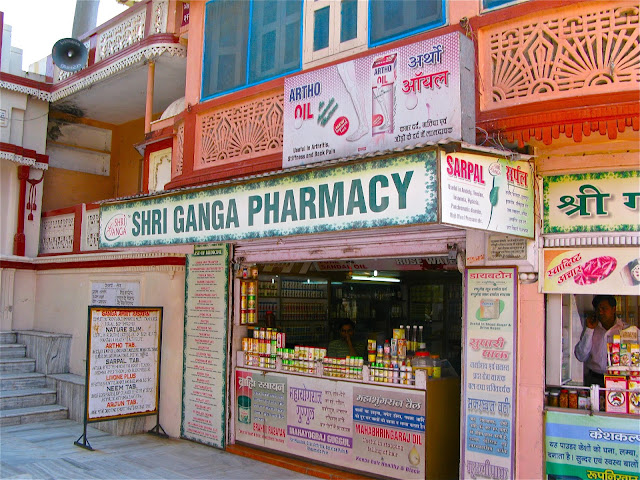 Both my paternal as well as maternal grandfathers lead a remarkably healthy life till their dying days well into late 80s - no pressure, blood sugar or any of the so-called "lifestyle diseases" like osteoporosis, spondylitis and so on.

They couldn't have been more different. One was an officer in Kolkata Municipal Corporation who used to travel daily from Chandernagore. The other was a global jet-setting MD of a bank in a purely "westernized" setting.

Yet something tied them together in terms of lifestyle, albeit unknowingly - and that is the Indic or Hindu lifestyle.

Lifestyle, healthcare and medicine (chikitsa) in India was largely preventive (which is free) and Ayurvedic (which was cheap and ubiquitous).

The preventive part was Yoga, not the American style of course. Yoga was very much integrated into our lifestyle and today I realize both my grandfathers unknowingly followed a Yogic-oriented lifestyle
- waking up early
- leading a disciplined life
- control food intake
- sit in padmasana/ ardhasidhasana or squat on the floor or bed
- avoid spicy/ oily food
- avoiding outside food
- and finally a lot of physical exercise, whether cycling or walking.

This was common among most people till 2 generations ago.

The second aspect was the use of Ayurveda when people did fall sick. People would opt for churans, Ayurvedic pastes, juices and natural healing rather than pills. In those days they were cheap and every town had people with such knowledge. Incidentally quite a few Ayurvedic medicines also contained heavy metals like mercury and gold, which western medicine today considers poisonous.

With the sudden onset of western "modernity" and our uncomplaining acceptance of "western universalism", we received a double jolt in the healthcare front - both preventive and curative. Consequently over the last 100-150 years our health care expenditure has rocketed from 1-5% of our income to almost 30-40% of our income.


Yoga and gurus became "superstition" until finally Yoga got owned by Americans and Indians under a "secular" dispensation heaved a sighed of relief that they could now practice given the American stamp of approval.

Ayurveda increasingly got "digested" into western medicine and what passes for Ayurveda today in India is but a pale shadow of what once existed.